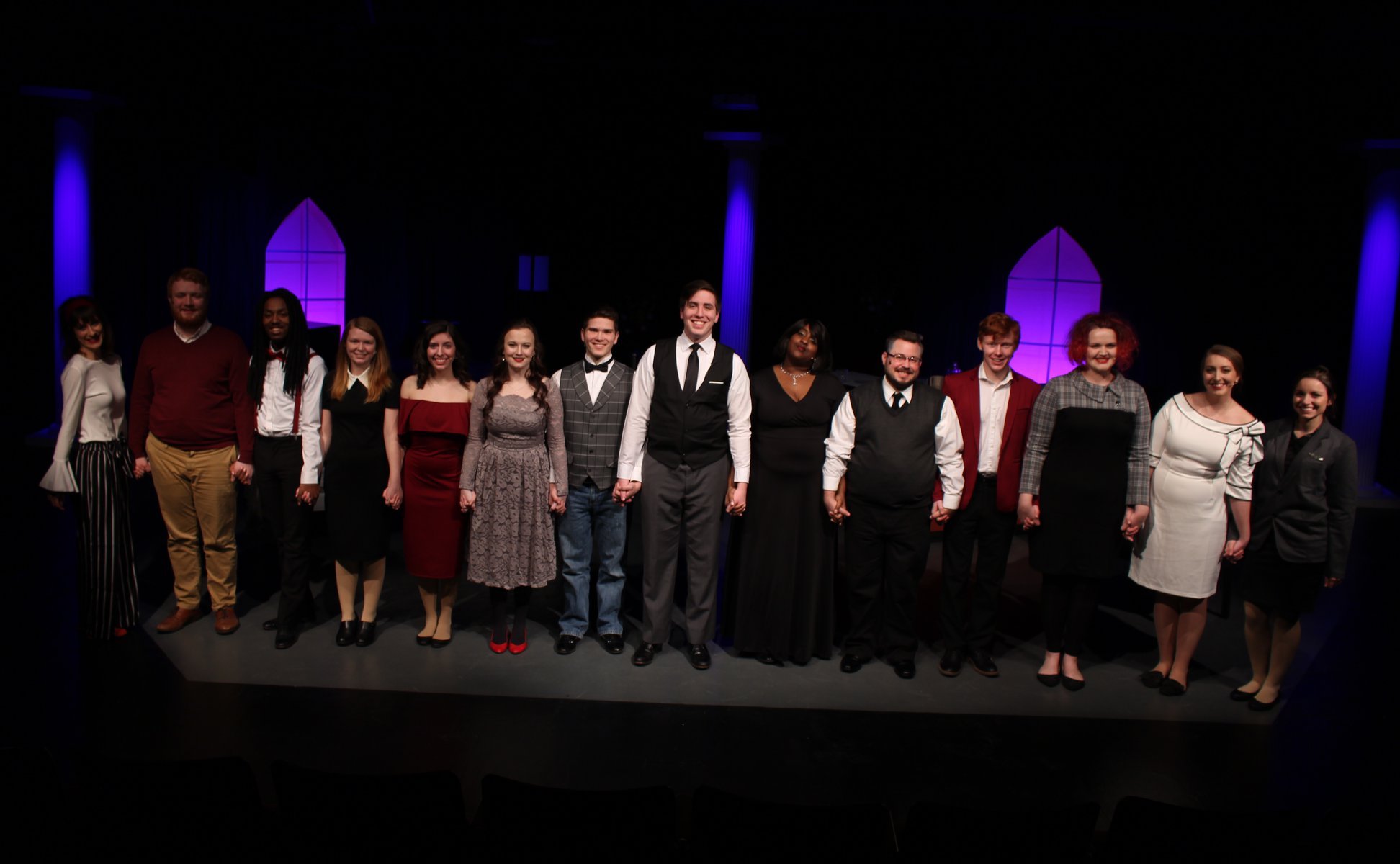 Sondheim is a favorite musical composer of mine, and I truly value the way he writes. But rarely do I get the joy and privilege of performing a Sondheim work. This year, that changed with the production of Company at the Factory Theatre in Greenville, IL. I got to play a role that I had seen relatively close to the beginning of the production and that I’d fallen in love with.

But the musical wasn’t just about that. It wasn’t just about the long nights, the hard work, the cast’s inside jokes (“Creepy  Crawly” is a nice trigger word for a group of roughly 15 people at the moment), nor the amazing music. It was about more than that. 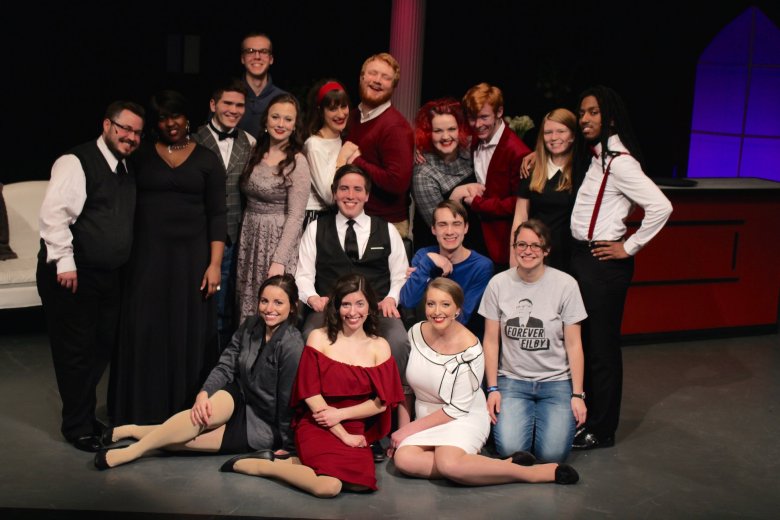 My Character David isn’t much of anything special. He’s one of many husbands and wives, coupled together by some mixture of fate and a writing tool. However, he and Jenny are something special. They are a coupling comprised of a traditional role set. A Man and a Woman, with a sense of odd -admittedly humorous- subservience. Jenny checks in with David more often than most any other character. And it took me weeks to see how dependent the two were on each other. Other character’s were individuals, sometimes at odds with one another (Sarah and Harry), and at times connected but different (Joanne & Larry). Amy and Paul had a dependency, but it was at varying levels (Amy extremely dependent, while Paul was selectively dependent). David and Jenny, however, lived in the dependency that they had on each other. David needed Jenny’s charisma and intellect, and Jenny needed David’s permission and will.

To continue this reflection, we must discuss the songs that led me to my reflective point. Side by Side, Ladies Who Lunch, and Hurry Wait. All three songs are fulfilling the musical purpose, which is to convey a variety of emotions that can’t necessarily be spoken or explained through text. But they all do so strangely personal way. 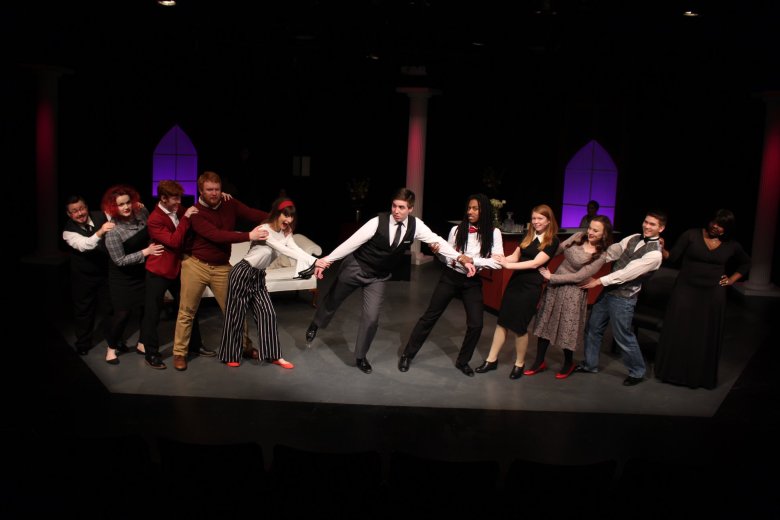 Side by Side is an almost comical piece of music that has some of the more over the top instrumentation. However, with this song, the lyrical integrity is what has me interested. Everyone is singing to the Birthday boy and inserting little jokes to remind him of how fun life is just because he is around. They wonder what they would do without the lone man in their life. A “constant in a world full of variables”, he is truly the essence of what the group needs. But its Side by Side, by Side.

Bobby never gets to be the initial thought. In fact, he becomes a secondary need for the entire cast. The “second best friend”. 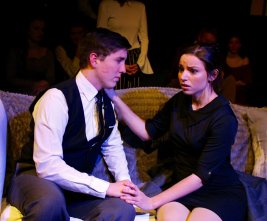 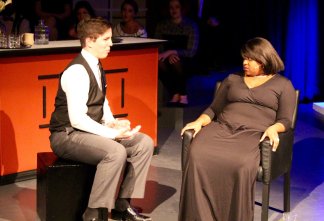 Hurry Wait can be an interesting and comical piece, but it is written from a genuine emotion. Bobby here, doesn’t desire what he needs, he just desires a person who fills a mold. He wants and desires to patiently wait, but he just can’t do that for much longer. The song is pleading, as if Bobby has given up hope on finding someone who will just casually fill the mold; someone who will just be a “corrected version” of a previously met wife. He wants and waits for a perfect fit. An interesting point for Bobby.

But not quite as interesting as Ladies Who Lunch. 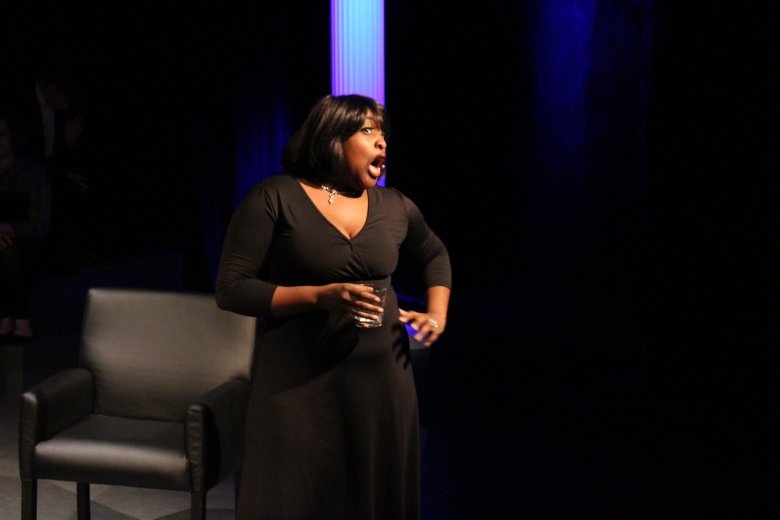 A song by the most negative of the wives, Ladies Who Lunch is a reflective song. It starts off as a kind of joking and irritated toast to those who are just passing by in life. Those who don’t experience and just wait from the scorned character to the girls across the bar. However, it’s a bit more than that when the lyrics start to become reflective of Joanne. She begins talking about those who are “the best”. She begins describing herself, and her flaws, and her strengths. And the world, for a moment needs to be still. She screams everybody rise. But, no one ever does.

It feels like the only song that is a call directly to the audience, and for Joanne, there is a knowledge that no one will ever rise. No one will do it. She will just remain like this. She will remain in her own presence, aware of her own flaws, and no one will rise to toast to her. She’s aware of everything from her age to the way those who aren’t in the generation gap look at her.

These characters and songs are authentic representations of real thoughts, which I have always loved about Sondheim’s work, but I found myself in a weird place with the musical as a whole. 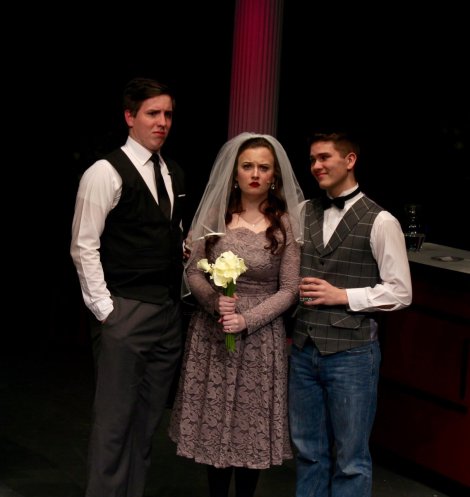 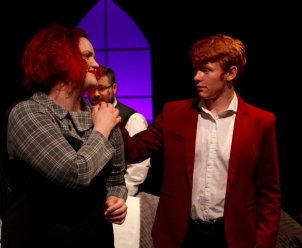 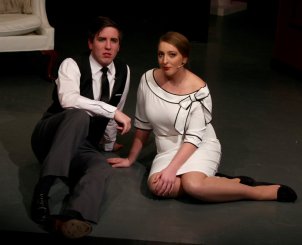 I feel a deep realization that the generation gap has widened and shifted and moved and swayed. As I enter twenty, I feel younger, smarter, and I feel a little bit out of place here. This musical stirred an interesting pain because of its many truths. That everyone can get in when those times of year (birthdays/holidays) come back around. That everyone gets a chance and misses it. That everyone makes mistakes, and that everyone gets peace.

However, I remind myself that I’m still gay and black and single. I’m reminded by this play of how odd it should feel to be alone in this way. I’m reminded by songs like Barcelona of why being with someone just to be with them isn’t a great idea. I’m reminded of the novelty that a relationship can be. But Bobby never really gets to that point until he sings Being Alive. “But alone is alone, not alive” he sings into the audience. And I feel that. 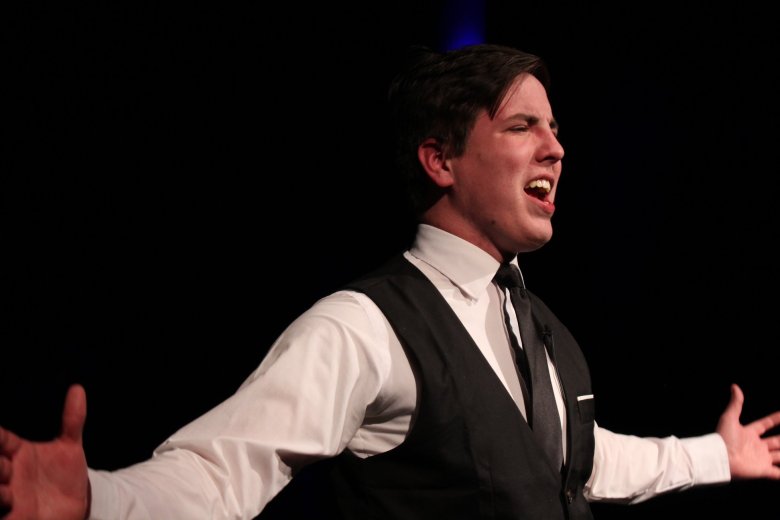 I also feel the beauty of removing one’s self from the problem. In last moment when your moment gets to be just yours. When the stage is empty and all that is left is you.

I feel this concept musical in a deep way, and I pray and hope for the audience to have felt the joy in watching this award-winning piece of art. I’m deeply troubled to see the censorship of this artful piece at my Christian Institution, especially since it is written with a sense of authenticity that cannot be replicated. However, I’m at peace with the truth that comes.

I deeply enjoyed every moment I had with every person in the cast, every member of the crew, and every musical talent that made this show work. I loved them all, and I hope everyone in the audience felt that love. 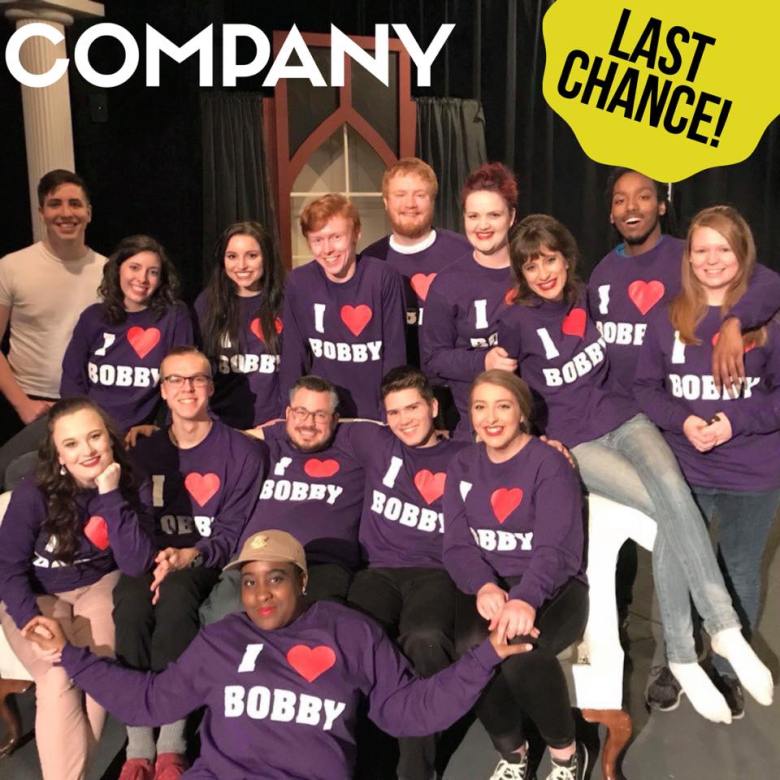